The story begins with the moment I bought Cytus II on the very first day of its release from google play, expecting some real music gaming on my Surface Pro 3 running homebrew Android 7.1 (yes, that’s totally possible and it runs suprisingly fine with all hardware buttons and touchscreen working). However the game quits immediately and no logs are shown through the adb interface. I contacted Rayark for support and got reply like this:

Cytus II might only be compatible for native Android devices at the moment. Please also check if you have installed Xposed, firewalls, block ads, or any rooting software. If yes, these may effect the performance of the game. We’d like to suggest you to remove these software to ensure the game runs smoothly and properly.

(Probably) 3 weeks after the game’s release, I ended up playing Cytus II on my crammed 5′ mobile phone, not by choice though. Someone asked me, why I can’t buy a regular Android tablet or an iPad to do the same job. Well that could be an option if those people would donate in any means for a new one, and I really don’t think utilizing an existing hardware piece could cause any troubles for commercial devs and companies (Google: really?).

After some searches I reached conclusion that Cytus II has integrated an “compliance check” called SafetyNet and the underlying Compatibility Test Suite (CTS), a framework introduced by Google to verify if any android device falls into the category of “compatible”. Since Surface Pro 3 has never got an official Android release (it’s a Microsoft thing, of course) and the base android x86 is shipped with root and development mode on, there is probably no way that any CTS tests on Surface Pro 3 would pass any time sooner.

Just earlier this day, I saw the news that Google is attmpting to block Gapps from running on “uncertified” devices, where modding the android device or unlocking bootloader would void the “certified” status. There’s even a webpage letting people to “register” their Androids with their device identifier which is absolutely not working after I attempted to register my Surface only getting an unknown error.

I would not blame Rayark for their attempt to place a layer of piracy protection on such a nice game while hurting the ones who modded their devices properly exactly to play these games. My question is: If such a lockdown is so important that this system had been deployed to thousands of android software by now, why make android an open standard? Why not switch to the Apple production mode if a centralized control force seems so vital to the whole android community? Such blockage wouldn’t be easily tolerated if the so called “register uncertified devide page” is just a lie, and I believe there will be a solution to circumvent such unreasonable restrictions eventually. Before that, the vast population of “uncertified” androids and modders wouldn’t be so comfortable and I might really need to ask myself: Why I should spend 3 months porting an open source OS to a new device just to find nothing should works by design.

Sakura Island is the spawn point in my minecraft server. Of course it would not be possible to place sakura trees in game, so what’s actually in Minecraft is pink wool. Nevertheless they still look nice from far away.

I tried water caustics with refraction and fresnel effects, which make water more realistic at the cost of increased samples and render time. Also I attempted a manual material override on tree leaves, However that seems worth it.

This work is licensed under a Creative Commons Attribution-NonCommercial-ShareAlike 4.0 International License. Minecraft creation by me, exported with mineways on wine, rendered on blender with cuda. As usual, full resolution of 4096×4096 is available on pixiv.

New features I discovered in blender: manual (and sophiscated) water surface reflection controls! I tried some techiques from the computer graphics class I’m taking this semester, and the result is over fancy. I forgot to ask blender to keep rendering specs. The only specs I remembered are 4096 samples per pixels and that I started blender before I went to sleep, and the process actually had finished before I woke up the next day for classes.

Anyways, here’s the pic. As usual, the image here is downscaled so that the page loads in acceptable time. Shoot me an email for the full image at 4320×2160 if you have 4K (?) displays. See Minecraft Server Page to join the server where I built this thing.

This would be one of my last frames of Minecraft renderworks with chunky. I will be switching to blender, an open source modeling software that supports GPU ray tracing with CUDA and allows tweaks to model before performing actual (now night-long) rendering.

Chunky is still pretty straightforward to newbie CG makers, written in java that virtually runs everywhere, but it does not support GPU rendering, and java multi-threading overhead made it even worse.

I might still recommend chunky for those who want to have a sip of minecraft rendering, but for more complex terrain and huge creations, use blender.

Here’s the downscaled rendered frame, but you can still find full resolution on deviant art.

END_OF_DOCUMENT_TOKEN_TO_BE_REPLACED 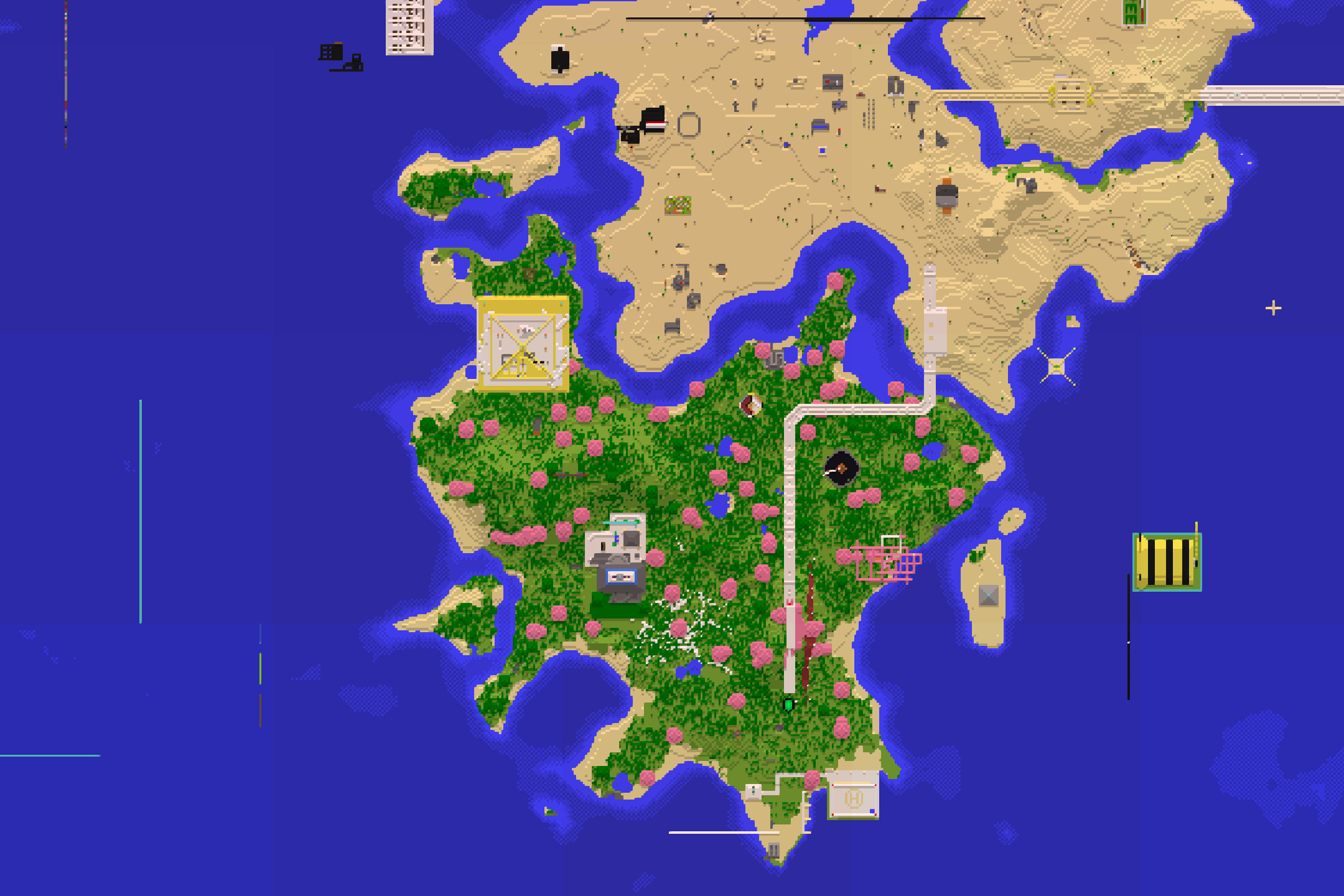